We would like to offer our sincere support to anyone coping with grief. Enter your email below for our complimentary daily grief messages. Messages run for up to one year and you can stop at any time. Your email will not be used for any other purpose.

Share a memory
Obituary & Services
Guestbook
Read more about the life story of Robert and share your memory.

Robert Vance Scott, 68, of Lexington, entered into eternal rest on Thursday, December 1, 2022 at his home.  He was born April 30, 1954 in Lexington, to the late Clarence V. Scott, Jr. and Lucille Cosby Clark.  Robert was a skilled self-employed floor covering installer, and he was an avid outdoorsman, who enjoyed riding his motorcycle, drag racing, hunting, and fishing.  He leaves a lifetime of memories with his daughter Stacy Diane Scott, son Robert V. “Bobby” Scott II, wife Jessica, three grandchildren, brothers Michael Scott and Dennis Scott, and sisters Robbin Cupel, Kim Smith, and Julie Hughes.  In addition to his parents, Robert was preceded in death by the mother of his children, Diane C. Scott.  Cremation was chosen, and no services are planned at this time.  “You sit behind the handlebars while the engine plays its tune.  You ride by soul more than touch, as if guided by some ancient ruin.” Hager & Cundiff values nothing more than the trust given to us to care for Robert and his family.

To send flowers to the family or plant a tree in memory of Robert Vance Scott, please visit our floral store. 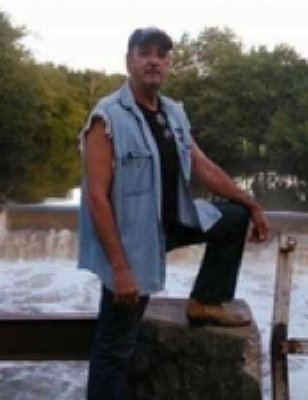 Look inside to read what others
have shared
Family and friends are coming together online to create a special keepsake. Every memory left on the online obituary will be automatically included in the book.

Look inside to read what others have shared

Family and friends are coming together online to create a special keepsake. Every memory left on the online obituary will be automatically included in the book.

You can still show your support by sending flowers directly to the family, or by planting a memorial tree in the memory of Robert Vance Scott
SHARE OBITUARY
© 2023 Hager & Cundiff. All Rights Reserved. Funeral Home website by CFS & TA | Terms of Use | Privacy Policy | Accessibility